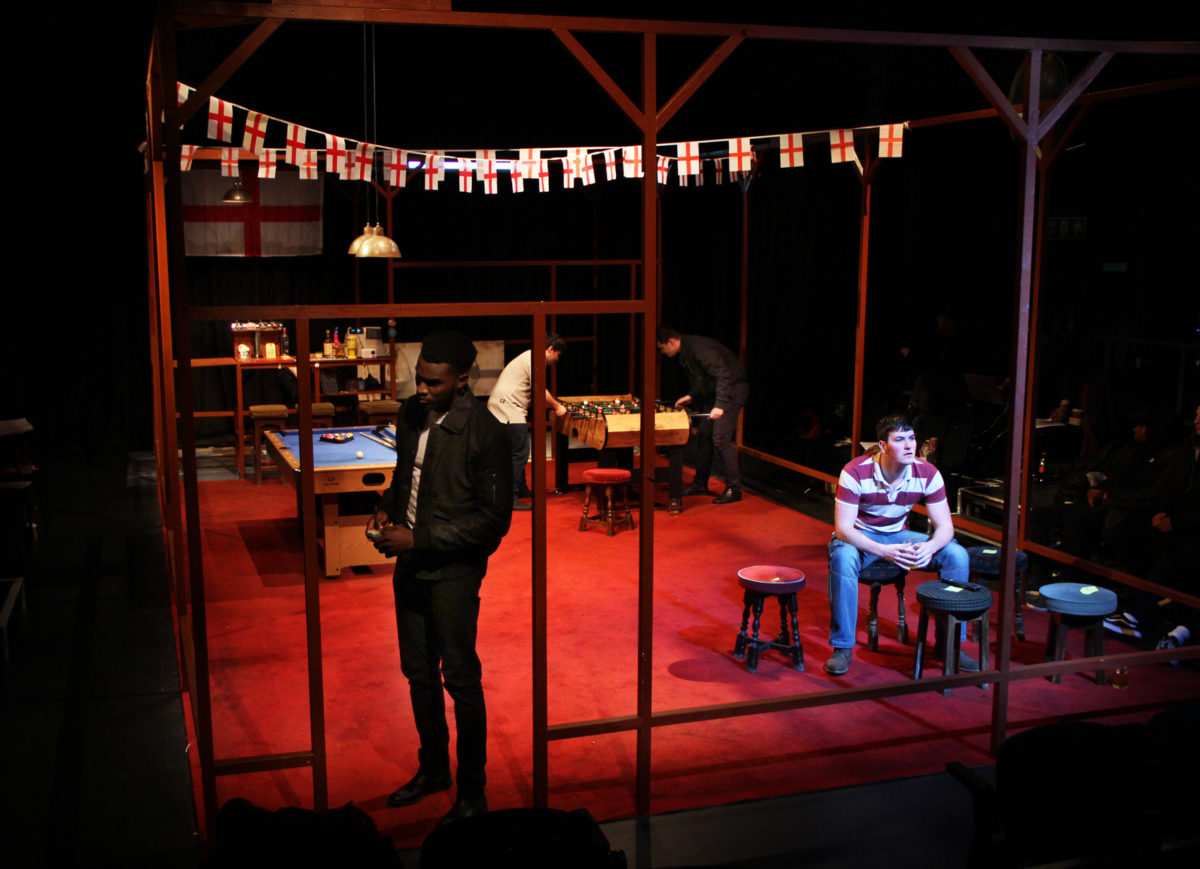 Roy Williams’s fierce and excoriating portrait of British racism is set in a south-east London pub, during the 2000 England vs. Germany match. As England loses again, their supporters in The King George lose it too – and with this, patriotism becomes unapologetic racism.

The set design for this political piece of theatre springs from the idea of a claustrophobic stage set up. An exterior of an English pub has been reduced to just a skeleton,  however the interior is strangely real. Its protagonists do everything to preserve what’s within those walls: a crumbling nationalist England.