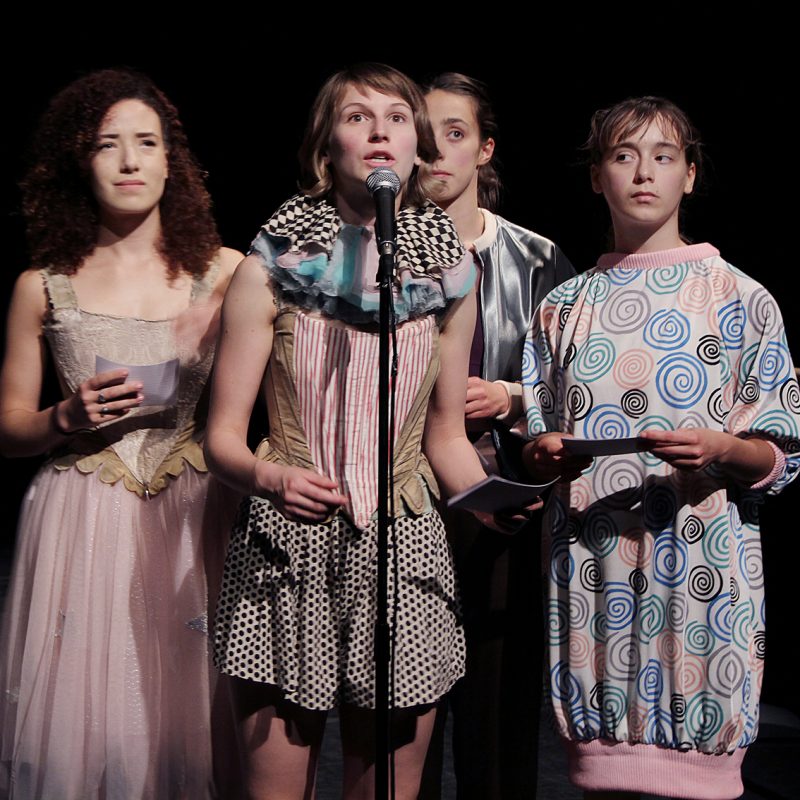 The design was developed by Costume Designer Bettina John. As part of the annual London School of Contemporary Dance showcase Ben Duke developed a new piece with the third year graduating dance students.

Ben Duke took the reality of dancers constantly auditioning as a starting point for his choreography. Together with the students he dissected the process of auditioning, an often humiliating process. They looked at preparing for it and being in competition with each other, often with fellow dancers. Together they uncovered the often crude and brutal, yet occasionally poetic moments competitors find themselves in and the surprising support and comfort they found in each other.

Approach of the Costume Designer

Bettina John intended to create a fantasy world and played with ideas around the image of a dancer, the life of a dancer, their dreams and their failures. Especially young dancers, who might not have fully developed – still insecure – struggle to build a healthy self-esteem. The costumes want to show vulnerability at the same time as strength, power, confidence and uniqueness. They function as a shield that somehow still reveals something – everything. The choice of light colours, especially light pink and creme comes from the somewhat limiting image of the dancer being a fragile and emotional creature. The various outfits are fragments of stereotypes of the different performing art worlds, such as the circus, pantomime, clowning and miming.